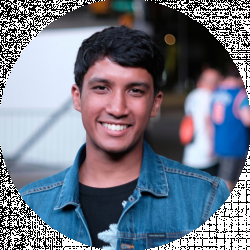 The biggest achievement for any game is when real-life toys are made based on a game. It shows that the game has become so popular that it no longer remains only an on-screen experience. Fortnite, in this aspect, has become one of the most popular games to base toys on, from action figures to different accessories and merch. With the heights of popularity that Fortnite has reached, it was an obvious assumption that Nerf would start making toy guns that are based on Fortnite. So I thought it would be a great idea to list what I think are the Ultimate Fortnite Nerf Guns to have at home to play with.

The Nerf Fortnite range of toy guns was introduced to the public in 2019. The blasters are based on multiple guns that can be found scattered across Fortnite. I found out that each blaster that is available in the Nerf Fortnite series has been named as their Fortnite equivalent, like the AR-L standing for Assault Rifle while the L stands for the grade of the weapon, which in this case is legendary.

Nerf has made special Fortnite darts to go along with the available blasters; they don’t differ from normal Nerf darts but have a different color scheme for identification. The same can be said about the Nerf Fortnite mega dart.

I personally love the Nerf Fortnite SP-L, which is a suppressed pistol. Other than looking really good, it has a removable silencer; it doesn’t improve the performance of the blaster, but the removable parts make it really interactive, and the blaster itself is very well designed.

The Nerf Fortnite SP-L is one of my favorite Nerf Fortnite blasters. It has been stylized to look like the Suppressed Pistol in Fortnite. The Nerf Fortnite SP-L blaster is primed for firing by pulling on the top of the gun as it has a sliding system that pulls back the spring. The silencer/suppressor has no impact on the blaster’s performance, but it is a distinguishing feature of the blaster as it makes it much more cool looking and adds an interactive aspect to the blaster.

The Nerf Fortnite BASR-L is one of the sniper builds that is available in the Nerf Fortnite blaster range. It feels great when holding and firing due to the smooth priming feature and the ease of its use. You can even attach a bi-pod at the front of the rifle to help with the stability while aiming and the realism of the blaster.

The Nerf Fortnite B-AR is the Nerf equivalent to the Burst Assault Rifle found in Fortnite; it has a rifle-based design and a motorized Flywheel type design to prime and fire the blaster. The rifle has a ten dart capacity in its magazine and can fire all ten darts at a rapid speed with an optic sight placed at the top of the blaster. The B-AR, as its name suggests, can also be converted into a burst fire or a single fire mechanism. B-AR has a great design which has also stayed true to the actual game design of the blaster.

To decide what the Ultimate Nerf Fortnite Gun would be, I decided to base my top picks on how fun the gun looks or might be to use, how the blaster performs in terms of its shooting system, dart capacity, etc. I will also look at the overall gun design by comparing it to its corresponding Fortnite gun and considering what blaster I would like to have in a nerf war.

It is obvious that each blaster is based on a different gun in Fortnite for different purposes, so they cannot be compared directly. Instead, it would be more appropriate to judge them based on performing the function that they had been designed for. So as an example, I would not mark down a pistol for not firing at the same speed as a rifle as that would be illogical and against the gun’s design. Because of this, the list has not been created in any particular order.

The Nerf Fortnite SP-L blaster is primed for firing by pulling on the top of the gun as it has a sliding system that pulls back the spring. It has been stylized to look like the Suppressed Pistol found in Fortnite. It should be treated as a sidearm pistol to go with your primary Nerf blaster. This blaster is distinguished by its long, detachable barrel, not because it improves performance but rather because it makes the weapon look really awesome.

Because the Nerf Fortnite SP-L is to be treated as a sidearm pistol, the blaster doesn’t have a large dart capacity and fires the darts at a slow rate. This spring-powered blaster has an internal magazine of three Fortnite (or Elite) darts, and the stand-out feature of the blaster has to be the silencer/ suppressor, which is a long barrel-type attachment at the end of the blaster. There can be no spamming with this blaster because it only fires one shot, although that is only reasonable for a blaster in pistol form. As a blaster, the Nerf Fortnite SP-L is extremely convenient, sleek, and performs its function as a sidearm.

The Nerf Fortnite B-AR is a Burst Assault Rifle that is inspired by the Burst Assault Rifle found in Fortnite. The B-AR has a ten dart capacity in its internal magazine, Which can fire in single fire mode or in rapid succession. The optic sight has been placed at the top of the blaster. Connectors are available at the top of the scope and at the bottom of the barrel to allow for further attachments. There is a need for four C batteries for the functioning of the internal motorized flywheel mechanism.

B-AR has a great design which has also stayed true to the actual game design of the blaster. The mechanisms that are present in the blaster all person smoothly and allows for ease of firing darts and reloading the blaster. The blaster itself looks great with the decal or the skin and would be a perfect pick-up for any Fortnite fan out there.

The Nerf Fortnite 6-SH is a unique blaster as it is the only blaster with a hammer action to prime the blaster. This is because the 6-SH has a revolver design and has a firing capacity of six darts. Holding true to the revolver-type design, the 6-SH has a cylinder-style magazine that is very easy to use and reload. The 6-SH allows for successive fire or single shot by manually priming the hammer.

It is to be noted that the large barrel that is attached to the barrel comes packaged as a separate component, and once attached, the design doesn’t allow you to remove or replace it with other components. This is not an issue with the gun, as it is not like the SP-L, which has a detachable barrel.

The 6-SH has a unique design as a revolver-based Nerf blaster; it is the only Nerf Blaster in general and not only in the Fortnite range which boasts this design. The hammer action priming is really smooth, and I had a lot of fun using it.

The Nerf Fortnite Pump SG, as the name suggests, is one of the shotguns that are available in the Nerf Fortnite range. It is a pump action shotgun but obviously has no dart spread and instead can only fire one dart, the Fortnite Mega dart, which is larger in size as compared to the normal darts. It comes with four Fortnite Mega darts, and more can be purchased separately.

I like the Fortnite Pump SG because of how easy it is to use, how it works, and how it looks. This blaster looks really wonderful, and in my opinion, the printing of the pump shotgun is half the fun. Its priming and firing mechanism feels incredibly sturdy.

Keep in mind that the Fortnite Pump SG is really just for fun, but being a pump shotgun, it is clear that it is more of a novelty item due to its great design and the fun of having a pump shotgun. It can only hold one dart, and it has no internal magazine. If you are looking for shotguns that are better in performance, you can look at the Nerf Fortnite TS, which is a tactical shotgun.

The 2022 Compact SMG has a unique appearance, and its design would be the first thing you’ll notice, it has bold and aggressive designs, and I think the Compact SMG looks fantastic, especially in that epic red and black color combo.

The Compact SMG functions with the help of its semi-automatic flywheel blaster with an inbuilt dart magazine that can contain up to eight darts. The flywheel system of the blaster is powered by 4 AA batteries.

The Nerf Fortnite RL is a multi-colored and stylized version of the rocket launcher that is found in Fortnite. It boasts a green and orange cameo with the shark face at the front of the barrel to mimic the game design. The blaster comes with two rocket darts, and more can be purchased separately. I love the blaster’s design as it is a more toon-ish version of the one found in-game; the colors are much brighter and more pronounced and are excellent for outdoor play.

It is one of the larger blasters currently released in the Nerf Fortnite range and requires two hands to operate. The firing rate is slow as it is to be reloaded after firing it once and, unless bought separately, only has two darts that you can fire.

Although the Heavy SR fires Mega darts, the blaster functions very similarly to the BASR-L and has a magazine that can carry six darts. The long barrel allows for attachments at its bottom, so you can add bi-pods to the blaster to help with the stability while firing. It is the longest Fortnite Nerf blaster that has been released; this also means that it has the most Firing range of any Nerf Fortnite blaster that is available.

Question: Are all the guns available on Fortnite present in the Fortnite X Nerf collaboration?

Answer: Currently, not all guns that you can get on Fortnite are available as actual Nerf blasters, but they have been consistently adding more blasters to their collection. The mentioned blasters are only a select few as there are other blasters as well, like the Nerf TS (Tactical Shotgun), Nerf RL (Rocket launcher), etc.

Question: What is the best Fortnite Nerf Blaster?

Answer: This is highly subjective as each person may like different blasters, depending on their preference. I personally love the Design of the SP-L, which I have already mentioned, but on the basis of the performance, fire rate, etc., then you can look at the motorized selection that is available, like the AR-L.

Question: is there any difference between the Elite Dart and the normal Nerf Dart?

Picking just a select few for the purpose of finding the ultimate Fortnite Nerf Blaster was extremely tough to do because of the variety that is available and because Nerf has been adding new blasters since 2019. I hope this article has made the choice of which blaster to buy a little easier for you.