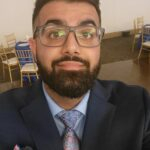 Vishal Thakur
Vishal is your friendly neighborhood video game and hip-hop geek, who just so happens to love writing. Vishal is a Fortnite enthusiast that has been around since the days when no one knew how to build. Now years later, he can build at breakneck speeds, has more Victory Royales than he can count, and wants to pass on helpful hints and tips to help you do the same!

Picture this: you’re in the heat of battle in a public match with your squad – one of your squadmates has been eliminated, and the other two are by your side. Suddenly, your best player gets headshot sniped by an enemy. You know you and your other living squadmate can’t get a Victory Royale without the help of the downed members of your squad. What can you do? This is a scenario where you need to revive your teammates before fighting further. How can we ensure we make the right play? I will introduce you to the basics of the revive and reboot game mechanics and explore sure-fire strategies that can ensure success!

Reviving downed teammates or rebooting eliminated ones are two important mechanics in Fortnite that you may use to get an edge over enemy squads. When a teammate is downed, reviving involves getting to their now crouched body and holding down the ‘Use’ button for 10 seconds. This allows your teammate to jump right into battle, albeit with only 30 HP. Suppose your teammate is totally eliminated, though. In that case, your only option is to collect a reboot card from their body and head to the most convenient reboot van to bring them back to life.

Before we begin, it is important to clarify the difference between reviving and rebooting:

Let’s go more in-depth on these two game mechanics and consider strategies to improve your reviving and rebooting skills!

When an ally is downed in any Battle Royale game mode (other than Solos, of course), a revive mechanic exists that can bring them back to action. Downed, in this context, refers to being “downed but not out” (DBNO) or knocked down. When a player is in a DBNO state, they start with 100 ‘tenacity points’ that slowly trickle down to depletion after 1 minute. During this minute, when DBNO, the player model goes into a crouched position (on their hands and knees) and can only move around by crawling. To begin the revive animation, a teammate must go next to the downed teammate and aim their reticle on the body. They can then press the ‘Use’ button to start the revive countdown. It takes 10 seconds to revive your teammate, so long as the Use button is kept held throughout and the reviver does not die during the process. Taking enemy fire or moving your character will cancel the revive animation, so try to do it in a safe location.

After being revived, the player starts with only 30 HP but keeps their ammo, mats, and inventory loadout from before being downed. I recommend healing up before entering battle again!

Can you revive yourself in Fortnite?

The short answer is no. Whether you are playing solo or with teammates, there is currently no option or mechanic in Fortnite that allows for a self-revive. This is why it is crucial to stick together when playing with teammates as you never know when you may need a quick revive. The closest experience to being able to revive yourself in Fortnite is playing Team Rumble, where you redeploy/respawn after every death. I suggest this mode if you are looking a more fast-paced gameplay experience.

What happens if a teammate is downed and thirsted (i.e., completely eliminated with 0 tenacity points)? Reviving is, unfortunately, no longer an option, so you must reboot them. The reboot process has a few logical steps that you can follow:

Reboot vans are scattered across the map. They can be found at the following locations in Fortnite version 20.10 (Chapter 3, Season 2):

Question: How many times can you get revived in Fortnite?

Answer: There is no limit to how many times you can be revived or rebooted in a Battle Royale match. As long as there is another teammate alive, there is still a chance they can successfully revive. It all depends on proximity to the DBNO body, storm, and enemy pressure. For rebooting, success depends on location of the reboot card and reboot vans in relation to the storm. Chances are you will only pull off 1 reboot in a match, so make it count!

Question: How can I quickly heal myself after being revived?

Answer: There are many options for fast heals in Chapter 3. Chug splashes may be the quickest and most economical way to heal your team as they heal anyone in the splash area. There’s also the shield keg which was introduced in Chapter 3, Season 1. The shield keg heals anyone in its fairly large AOE, although, as its name implies, it only provides up to 100 shield. Other decent options for heals are fish, first aid kits, shield potions, guzzle juice, or fruits and vegetables. Environmental heals include fireplaces, chug barrels, and chug trucks.

Question: Will other teams know I am using a reboot van?

Answer: Yes, other teammates will be alerted to the use of a reboot van in two ways: (1) they will hear a loud charging sound during the reboot if they are near enough to the van – it even shows up on the visual sounds feature, if enabled, and (2) if a reboot is successful, a loud horn/siren sound plays and a large pillar of light shoots into the sky as your teammate glides back into play. Also, keep in mind that once a reboot van is succesfully used, there is a cooldown for a short period of time before the van may be used again.

Reviving downed teammates or rebooting eliminated ones are important plays that may lead to more victory royales in Duo, Trio or Squad game modes. It is difficult to win battles in Fortnite when outnumbered, so getting your teammates back into action is almost always the right play. Keep in mind the strategies discussed in this article, such as ensuring you revive in a safe location, trying to revive as a team to save time, etc. Rebooting has more steps and is generally a more challenging play to pull off but can work if executed properly. Consider rebooting as a team or even travelling into the storm if the circle is highly contested or does not have any reboot vans. Ultimately, playing with the motto “No man or woman left behind” is a good one to live by and illustrates the significance of revive and reboot plays in Fortnite.